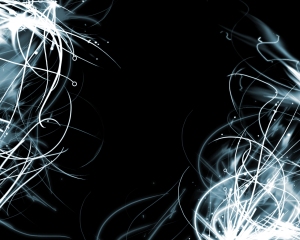 The patient lay staring at the ceiling where an ivory colored fan, once pristine but now dirty after decades of soothing tired, dispirited and disinterested mankind,  whirred with a croaking sound, as if complaining about the inordinate workload in a humid, vapid city. The blades of the fan had accumulated dirt only along the inner depression where it connected to the rotating shaft and along the periphery. The rest of the surface area was relatively clean. The patient wondered if this could also be explained by physics and made a mental note to ask his many friends who would come visiting him today, tomorrow or perhaps during the weekend.

He had many such questions listed which felt scientifically challenging at first, but which he would never ask because on second and third thoughts, seemed downright silly or pointless. Questions like why does the skin swell up after a mosquito bite, or if boiling water kills all the germs, would it still be safe to drink the water when it could be teeming with millions of dead germs. Other questions needing a fair amount of research for his non-medical friends such as “How would one perceive the universe if the image falling on our retina was not reversed — would it mean we would see others walking upside down?” had never been satisfactorily composed, and therefore never asked.  And sometimes even meta-physical inquiries like “Do we have free will?” would crop up in his fertile mind, but he would inevitably think better than ask questions that raised the hackles of predominantly blind followers of faith based religions.

Of course, with death not very distant, questions on death and the “Grim Reaper” were never far from his mind. He liked to believe that he was a true Hindu, and though people from today’s day and age had mostly outgrown the concept of Yamaraj and Chitragupta, he still believed in an eternal soul and the merging with the ultimate Brahman at the conclusion of the cycle of births and rebirths. Between bouts of intense pain and nausea, there would be intervals of surprising mental acuity, which he would use to read a number of books on this unknown — from the works of known atheists like Richard Dawkins on one hand to comprehensive summaries of how the great religions of the world look at passing away, on the other. To his surprise, the religions differed a lot in their interpretations of death and afterlife, while atheism, unsurprisingly, said there was no evidence, yet, of an afterlife — Fullstop. It seemed to him, then, that there was no recourse for him other than to believe that what he had imbibed about the Hindu concept of afterlife would come true, and because he had led a pretty humdrum and, while not virtuous, at least an “unsinful” life,  he would be fine.

One thought had been troubling the patient the last few days. After the initial few weeks of absolute frenzy with wailing, flailing, denial, anger and God-why-me? following the sudden unraveling of his colon cancer, he and his family had come to accept the inevitable. The last few weeks spun by at a dizzying pace, filled with more important work such as account nominations, will, tax returns, signatures on blank forms, insurance updates and such activities. What troubled him, though, was the fear that he saw in the eyes of his friends and other visitors who would come to visit him. His close friends were reaching out to him out of genuine love and affection, some apologetic for not having been in touch recently while the majority, and others more awkward and perfunctory than consoling, as if somehow his imminent demise was also a reflection of their own limited time on this earth and they would rather not think about it.  But one common thread ran through all his visitors — each and every one was uncomfortable. No one mentioned death by name, of course,  but the small talk that littered the room seemed ever so farcical. He knew that each one of the visitors understood that this was probably the last meeting that they were going to have with him, that a month from now this hospital bed would have a different terminal patient attached to it and the crow that sits on the window sill at around 4 PM every day would have a different person to gauge, and that all of this was inevitable and there was nothing anyone could do about it — and yet, everyone seemed so ill at ease. He almost felt sorry for them, as if somehow asking them a question that they were not capable of answering. He wondered how he would have reacted if the tables were turned — if he was visiting a friend on his death bed. Would he be tongue-tied too or would he have the courage to say goodbye with words of candor, reassurance and love?

The above is a figment of my imagination — well almost. I have a friend, AK, who I heard is at Stage 4 cancer. AK and I were in school, and then in college together. We thereafter went our separate ways and we would meet, maybe, once a year during our annual summer vacations back home, but as our job, career and itineraries diverged, this grew less and less. However, the popularity of social media put us in touch once again after 30 years and that is how I came to know of his condition. I shall be visiting India later this month and I will take this opportunity to meet him at the hospice where  he currently is. I cannot bear the thought of not saying good bye — and while saying a permanent “au revoir” is hard, not doing so and telling him how fortunate I am to have a friend like him would be a source of regret throughout my life.

I wonder what he thinks of lying on the hospice bed. Is his body racked by so much pain that a quick release would seem a blessing or can he still gaze out of the window and think happy thoughts? Thoughts, perhaps, about his parents, marriage, birth of children, vacations with loved ones, career growth, or the idyllic childhood with friends and siblings that many of us who grew up in non-descriptive small towns seem to have. Does he still have enough strength in him to recall what a fantastic footballer he was? Can he visualize the Krishnachura tree in full bloom under which we would have our lunch on school days and which was a constant source of amazement for him? Does he care that he was, or rather, is, the vice president of a Fortune 500 company? Will he be coherent or even able to recognize me?

If he is feeling like small talk maybe this will be a good time for me to confess that the letter purportedly written by Parvati to him was actually written by me (at the instigation of others, absolutely, oh yes), using Parvati’s school letterhead. Maybe this will also be a good time to solve the existential dilemma that wracked our class of 1977 — which was the better movie: Sholay or Magnificient Seven. Or perhaps I will just show up, and if he is not feeling like talking, just be there. One can have meaningful conversations without a word being spoken.

One thought on “The Ultimate Unknown”